With the create/post method in place, we now turn to the R of CRUD, which is Read. This is depicted by the GET verb from http.
It is also the method that we referenced with the CreatedAtAction. For the GET verb we will introduce several methods in this section, but start with the simplest there is: the FindAll equivalent that will be called with the following URL

And this is how the corresponding controller method would look like: 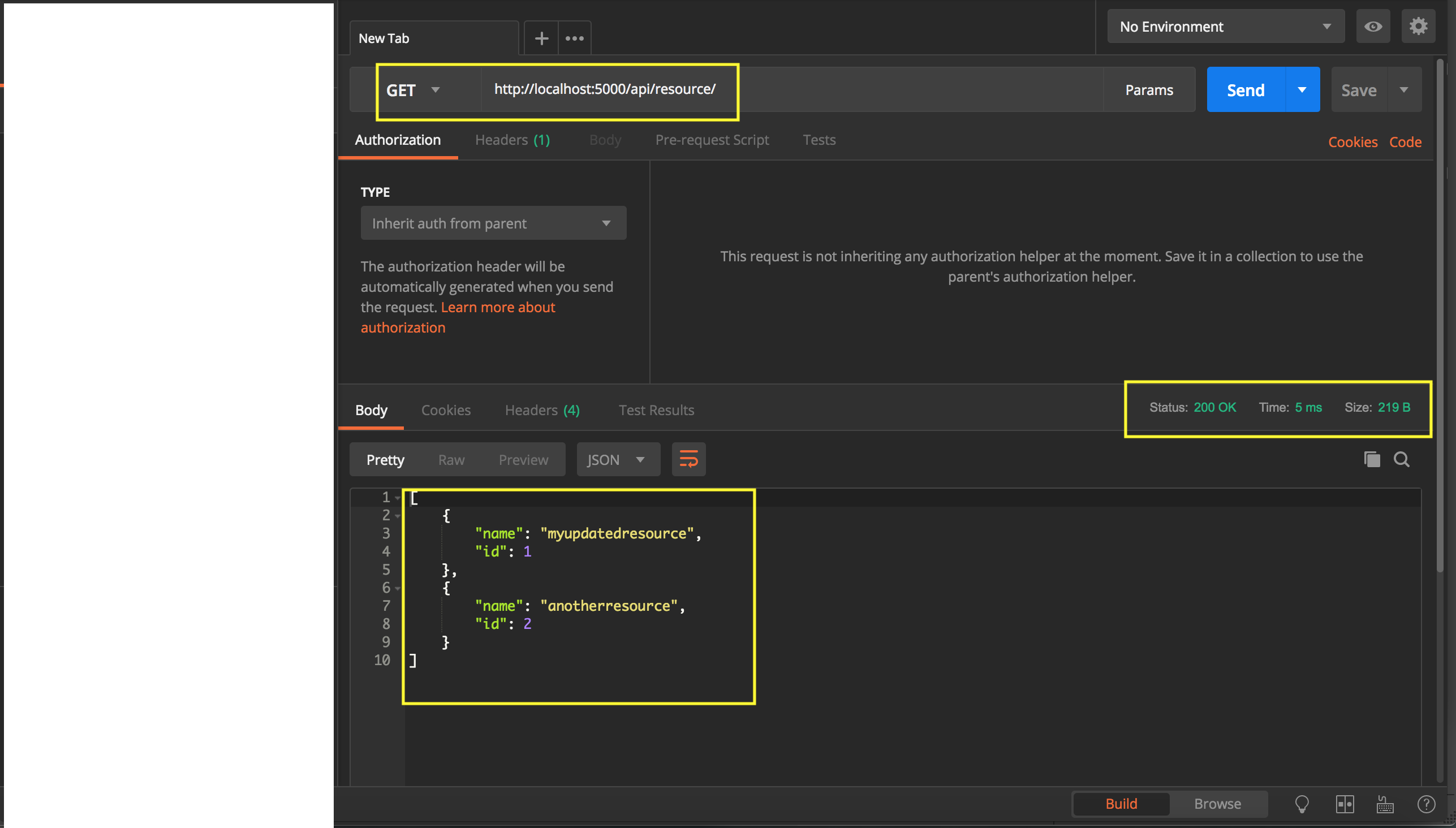 The other typical Read operation is the one by requesting a single Id. This can be done with the following URL and controller method. 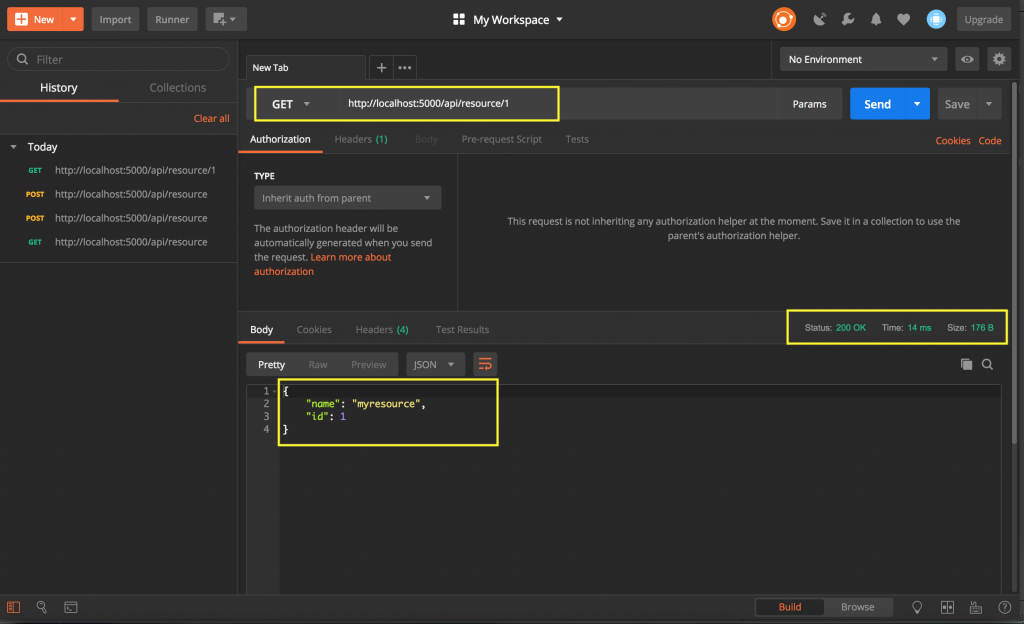 Update – or Put in http

Next method we need to implement is the Update method, which maps by industry standards to the PUT Verb of http.

To update a resource the convention is to use the idempotent PUT verb of http. The PUT request will in turn override the Resource at the server with the representation it delivers in its Request Body.

The method on the api controller would like the following snippet and work on the URL:
localhost:5000/api/resource/1

Again the Postman request would look like this (note again the representation that is simply added as application/json format to the body of the request): 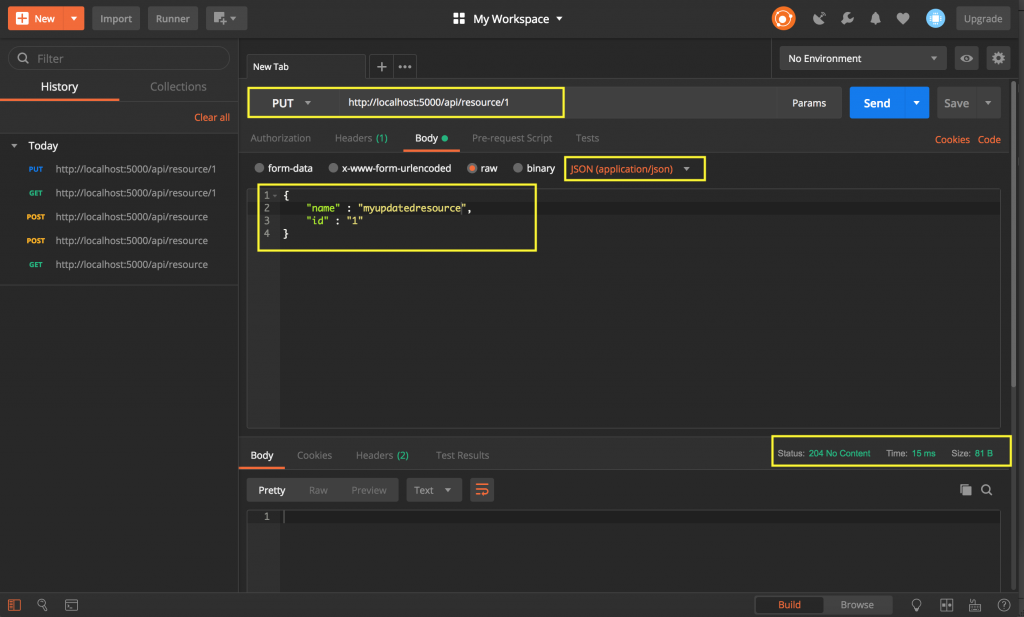 On a side note PUT can also be used to create resources in an idempotent way. This are considerations for the API as a whole that can make sense, but exceed the limits of what I want to show in this post.

Last but not least we have D of CRUD with Delete. This maps to the http Verb of DELETE and can be implemented as follows with Asp Net Core Web API:

If all is well, the method simply returns a NoContentResult. Other appropriate status codes would be 200 or 202 (see also PUT).

Also we have a postman impression for this method (we assume we created a third resource with a POST request just to immediately delete it afterwards: 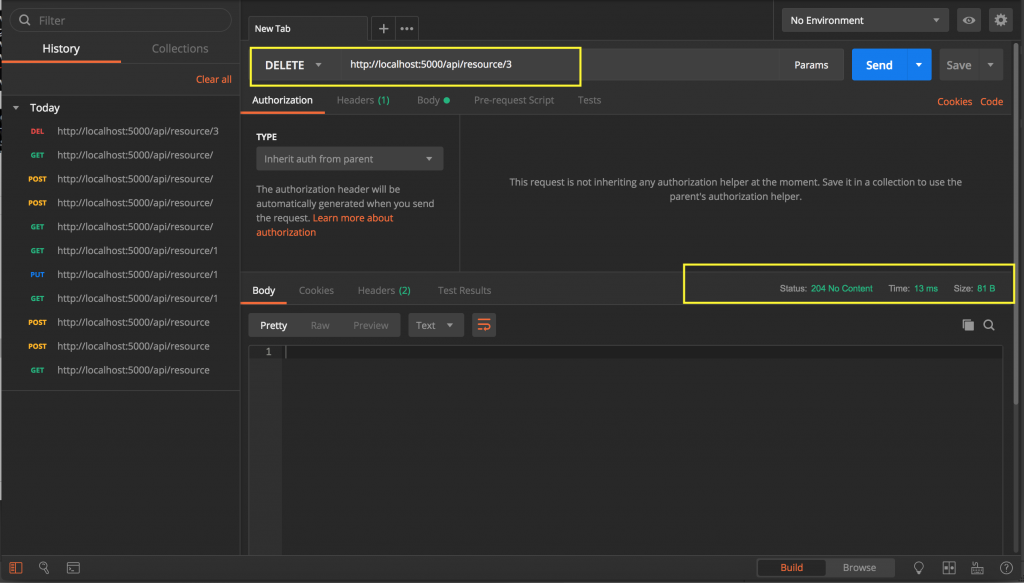 In this post we saw how to create a simple CRUD like controller with ASP net Core Web Api. We looked at how the http Verbs can be matched to CRUD style operations and how restful semantics can be applied to an api controller.

Create matches to POST, Read is equivalent to GET, PUT resembles Update and DELETE appropriately matches Delete. This is by no means a complete way to a restful controller, yet it is a good starting point for a web api.

This is by no means a comprehensive look on Restful controllers. Some further topics are unit testing your controller, validation for application logic, entity framework and connecting to a database and so on and so forth.