In this recipe we are going to look at how to setup a postgres container from a database backup file.

The accompanying git repository can be found here. It can already be used by executing the compose.sh or simply by running the commands in the How section. If you want to set it up yourself run the clean.sh first and then follow along.
On the other hand you can fully create everything you need from scratch by simply following this post.

The problem to solve

Have you ever needed to quickly restore a given backup of a database, schema, table or any other part? For example to to test the database locally or to set it up as a fail safe on another machine or for a revert of a broken deployment? Then with a containerized postgres instance and a backup file of the database this can be done super quick.

This recipe consists of pulling or rather creating the backup of the postgres database and storing it.
With this accomplished we setup a docker container with a postgres instance running in it and update the database with the created backup file.

We will now go through the following steps to create the backup of the database in a postgres container.

I will only show the output of the simple database. If you want to recreate it look at the github repository for this blog post. In particular take a look at the init_db.sh script file. 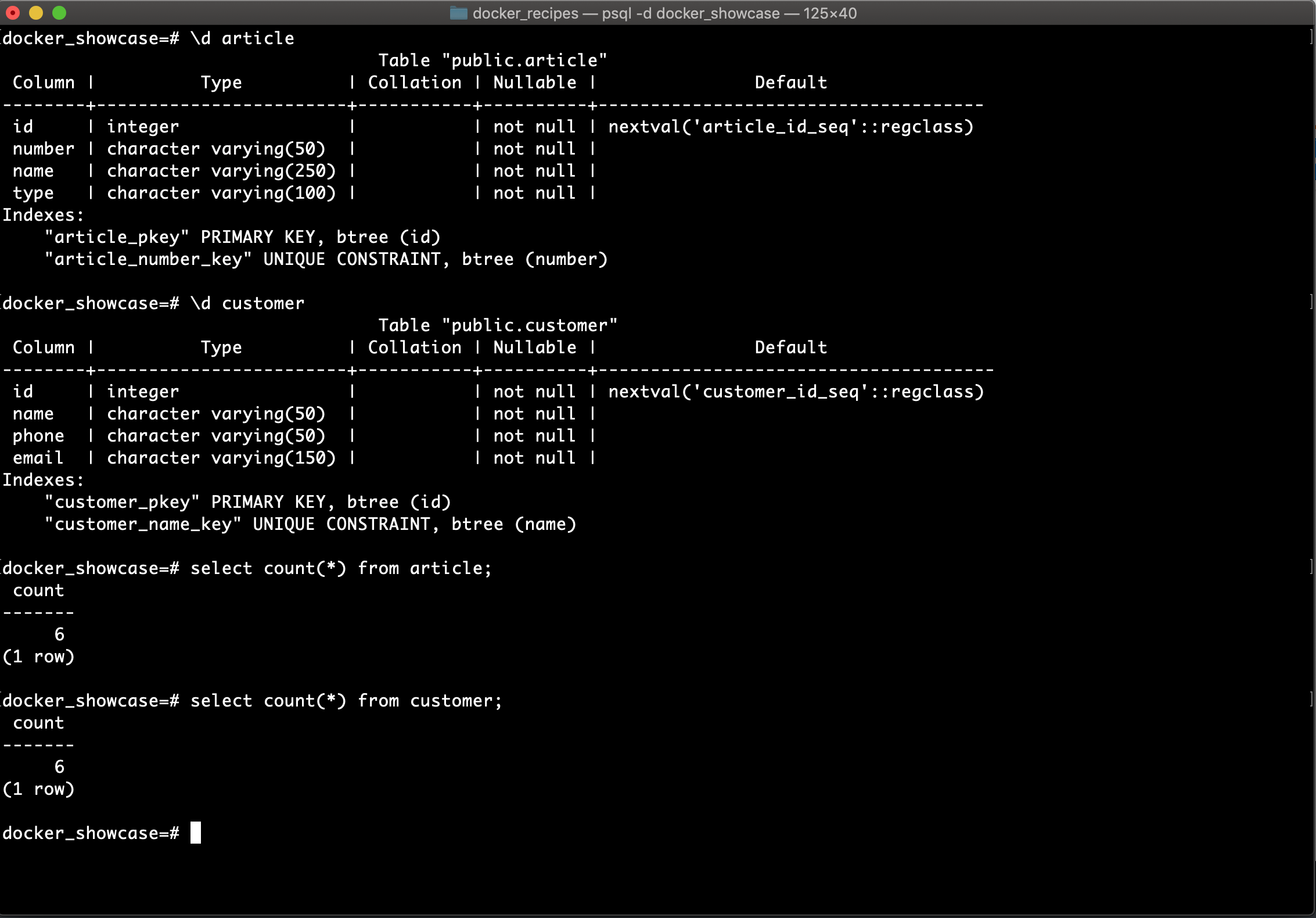 Create backup of the database

In the directory of the repository we either execute the backup_script.sh script or run

Create a container with the backup

You can either pull the postgres image from the docker hub like this:

or simply start a postgres container like so, which will pull the image automatically:

With the container in place we now need to run the pg_restore command on the container. This will be done with the docker container exec command which allows us to jump into a running container and execute a given command.

Because for the command the context will now not be the docker host but the container itself we need to get the backup file inside the docker container first.
Because we already have a running container we will do this by the following commands:

and copy the backup file from the current directory to the container.

Finally run the restore with the pg_restore cli tool against the container:

And then with connecting to the container we can see that it worked: 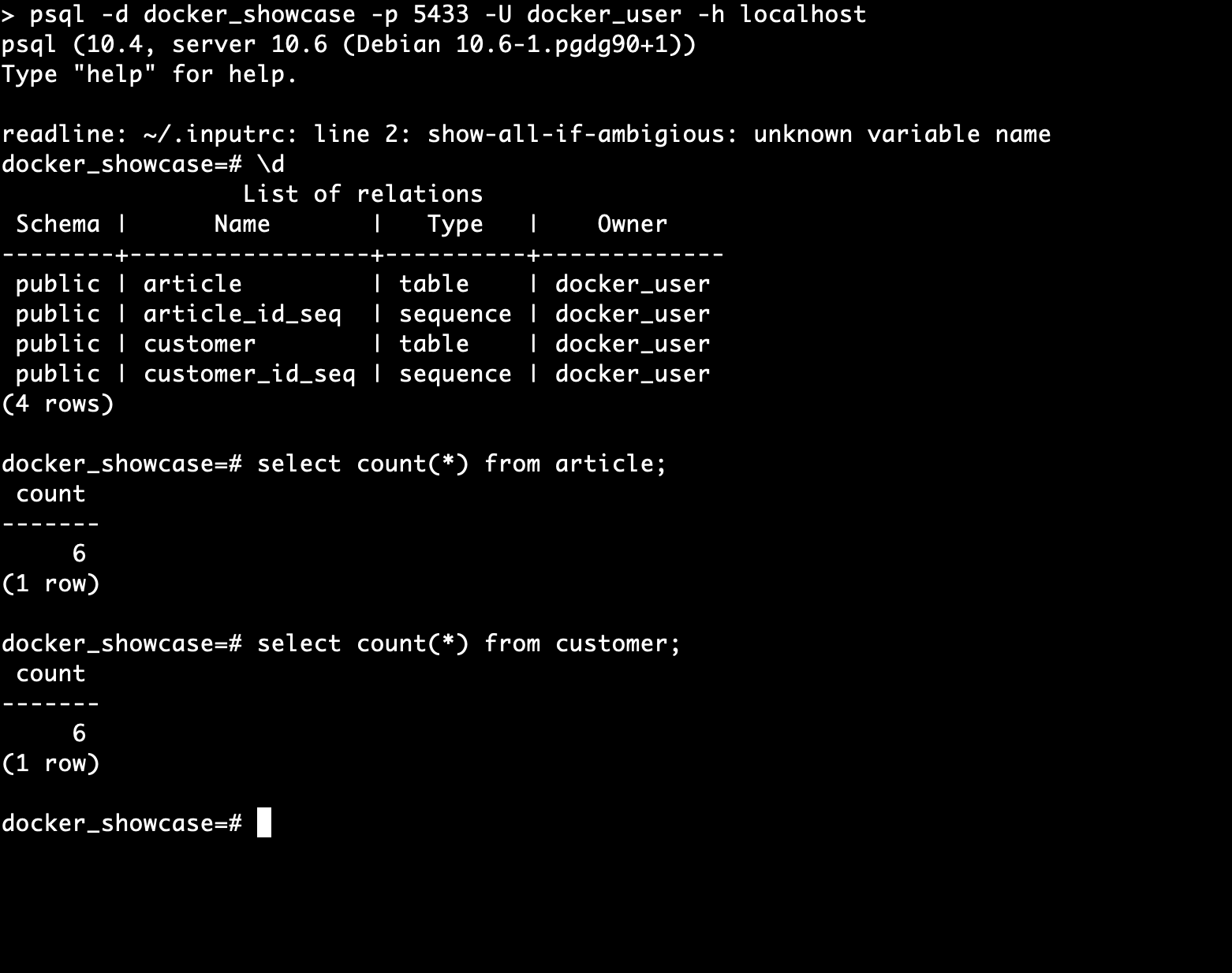 Dockerfile to ease the process

All those commands are cumbersome and there is already a solution that saves us at least some steps. We can utilize a Dockerfile and run docker-compose for the setup. (of course you could as well use the script from the repository)

This can be invoked by building the image first:

and restore with the same command as before.

At last you can again check if the restore worked. 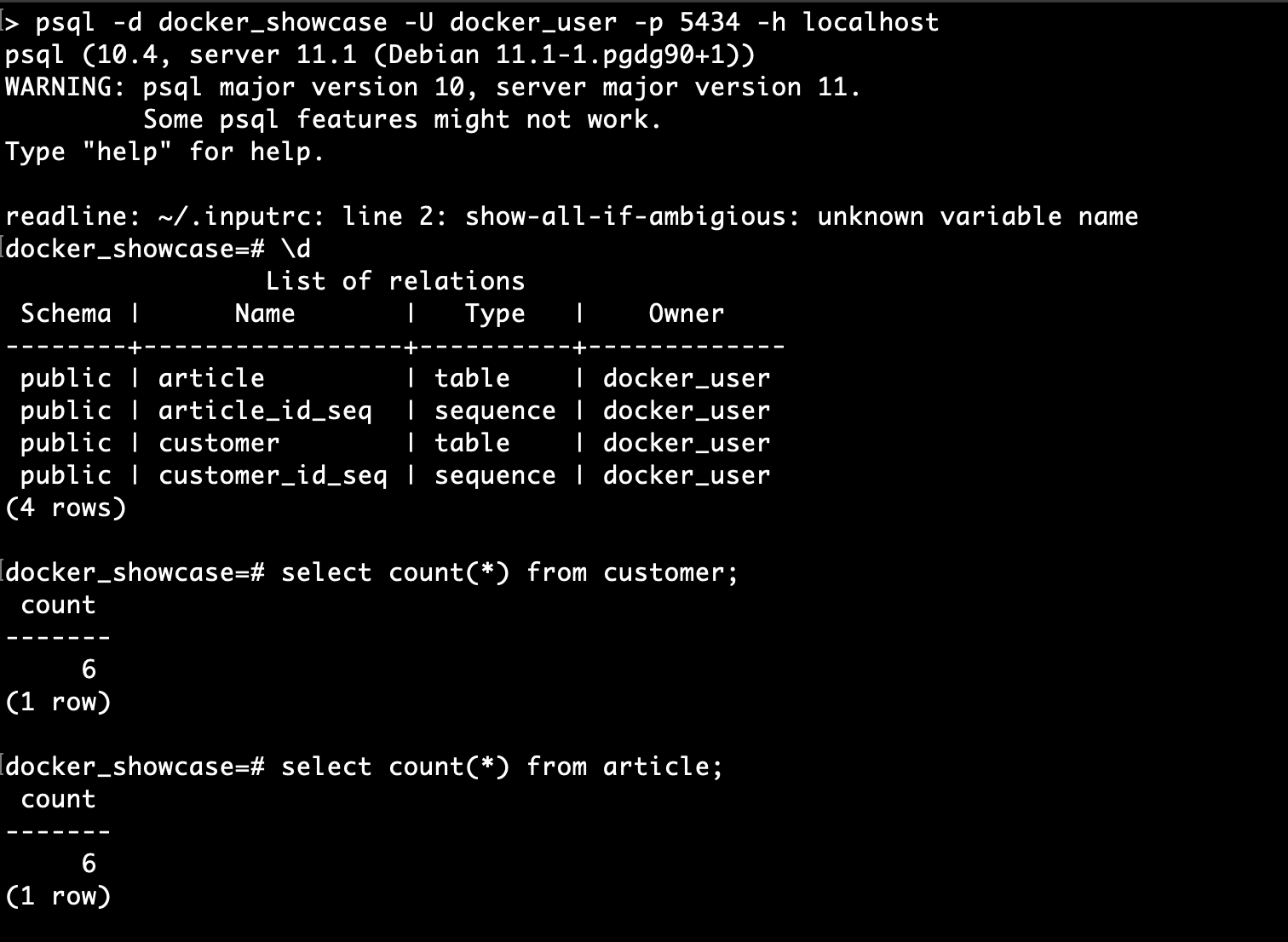 Learn about the most common .Net technologies or some adventures I encountered as a developer.

In addition I talk about my personal core beliefs with regards to a career in IT and in general.

In this post we will create a RabbitMQ instance inside a docker container and run each a consumer and a producer application in .Net to work with this instance. When you do not know my Read more…